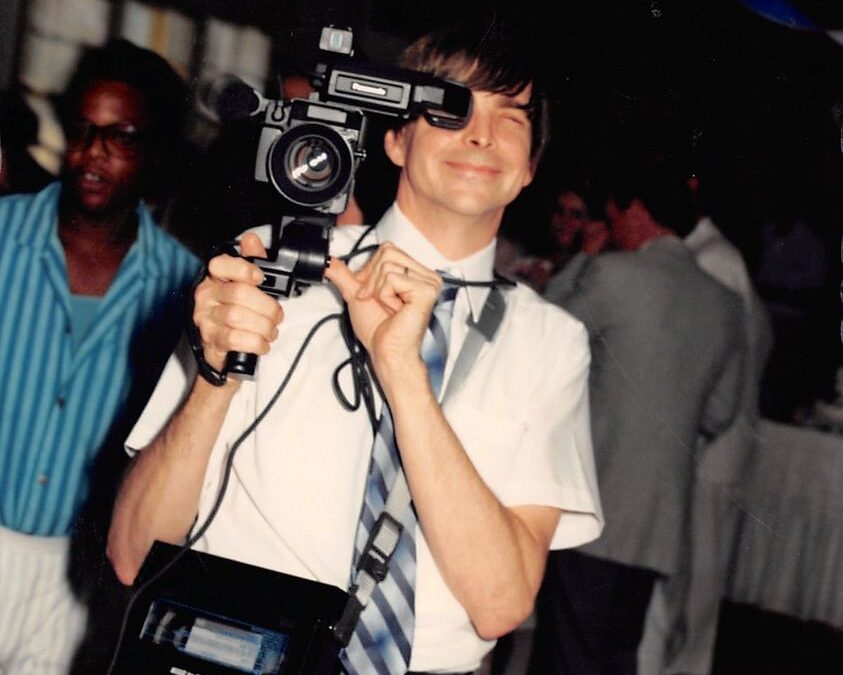 It is very true that words have great power. Power to create, inspire and destroy. The timing of these words can make a great deal of difference in many lives. Sometimes a word of encouragement at just the right time is just the difference that is needed.
In 1983, my father and I were considering starting a video production company. Video at the time involved massive cameras and recorders. The market in consumer video was just getting started, and the format wars between Beta and VHS were raging. I had no business experience and was incredibly shy. Everyone I knew except my wife, told me not to do it. They said I would fail. They quoted statistics about how few businesses are successful and listed all of the reasons that I could never succeed.
As we were trying to decide whether to join this video opportunity company in New York, we had the occasion to meet one of their affiliates, Jim Attaway in Richmond VA. Jim was running his business (Videoworks) from his home. At the time, deep down I really wanted to take a chance and go for this new opportunity, but all the negative opinions were eroding my confidence. I was seriously considering abandoning the whole thing.
We met with Jim, and he was extremely helpful. He did not try to sell us on the idea. In fact, it was his honesty as he presented the pros and cons of his experience that impressed us. I guess Jim could see that I was wavering in my self-confidence. This was totally different for me in every way. I had a family to support and jumping into a new market with no experience was frightening. I didn’t want to end up “Living in a van down by the river” (Saturday Night Live Reference).
Just as we were leaving Jim pulled me back inside and said four words that altered the course of my life. He said, “You can do this”. That little phrase coming from someone who had done what I was thinking of doing meant a lot to me. It may not be logical, but it restored my faith in my ability to make this dream of owning my own business a reality.
Would I have done it anyway? I do not know. But as you know, I did go forward with it and although I have rejected Jim’s proposal for royalties, I have thanked him both publicly and privately for the encouragement that meant so much to me.
Two takeaways here.
1. If you are thinking of doing something and seeking opinions, ask someone who has done it. They know what it takes to succeed.
2. If you ever have an opportunity to encourage someone else to pursue their dream, do so. As life plays out, you never know what those few words can mean.
Thanks again Jim!