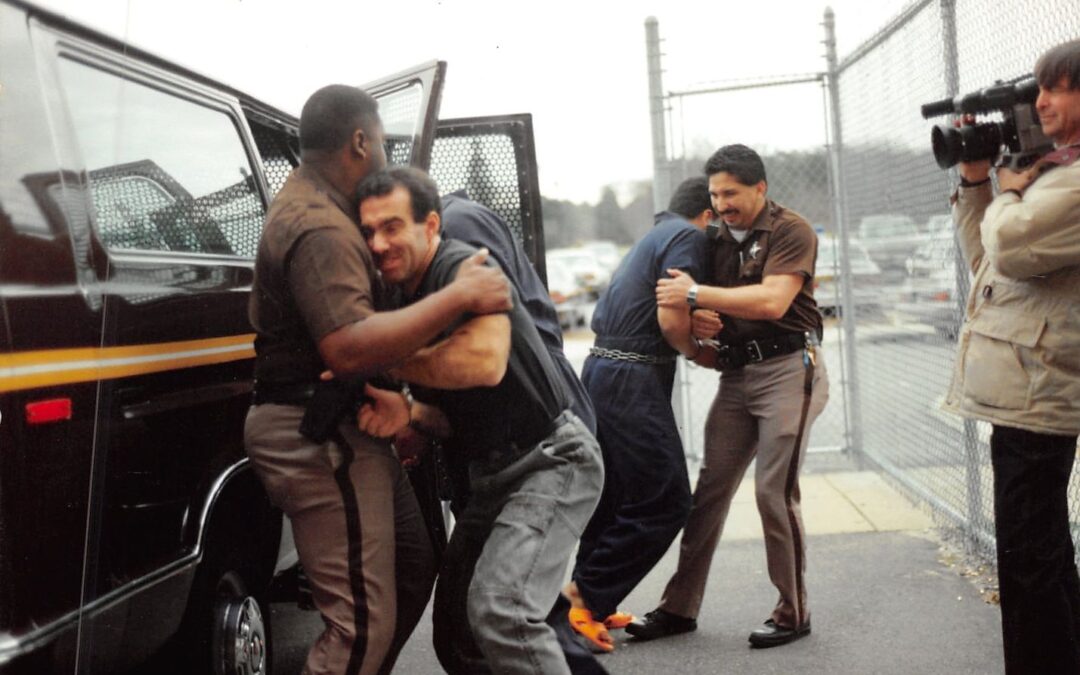 Some video shoots are more interesting to shoot than others. This is a shot taken in 1990. We were shooting this in the S-VHS format, and it was a memorable shoot for me, because the product we were promoting (MaxiMit), was one to help prevent prisoner escapes. It was a glove-type product that the prisoner would put both hands into. The hands were isolated from one another and basically made doing anything or grabbing anything impossible.
This is an escape scene that we staged outside the Virginia Beach Sheriff’s department. We used real officers but had to disguise the city logos etc. The scene had the prisoner overpower the officers and grab one of their guns and point it at them. We did that scene about five separate times, so we could have it from different angles. The staged jailbreak was so realistic, that we had traffic actually stop and back up thinking they ran into the real thing. The video was also shot inside the jail which was my first time in one. It was a real pleasure to work with these law enforcement professionals.
The final video was very well received, but ultimately the product was deemed to be too restrictive for inmates to wear. So, the product never launched, but we had a good time making the video.