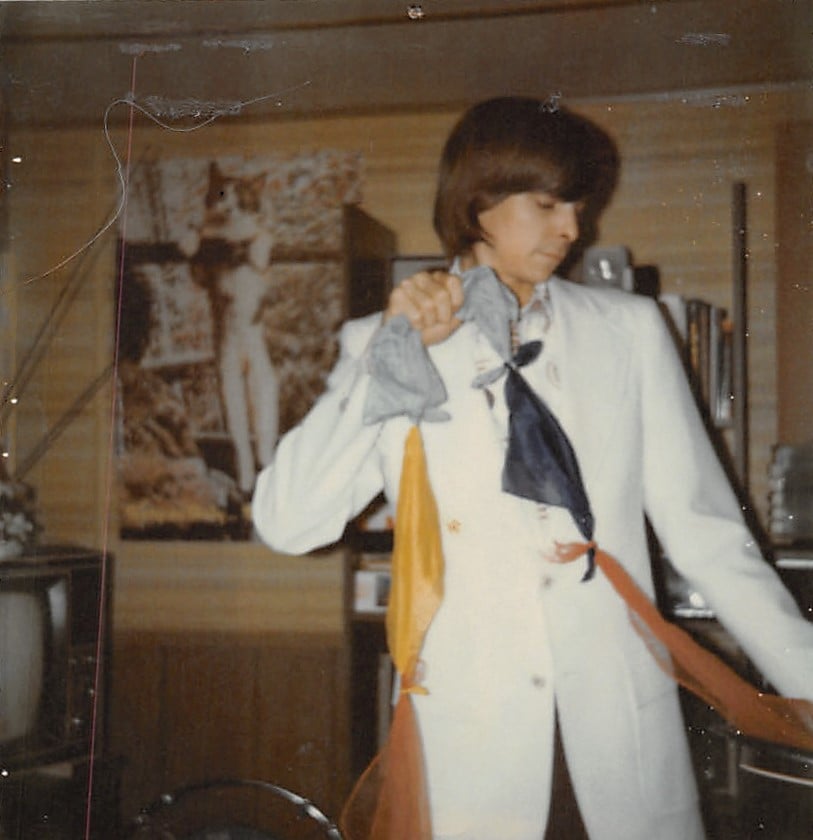 In the late 1970s (you can tell by the “Hang in There Baby” Poster on the wall and the haircut), I found myself married, with a son, and working at a factory in Norfolk. from 6:30 am to 5:00 pm. I would get home around 6:00 pm, just in time to pass my wife Zelia, who was heading out to her job at the restaurant down the street. Zelia would come home just before I had to leave in the morning. We were two ships passing in the night and did this for longer than I care to remember. As a result, our son Shane was watched in shifts between the two of us.

So, every night after I put Shane to bed, I was alone and had nothing to do. I started playing around with a hobby that I had early on as a kid …magic! Well, I practiced a lot and eventually had some great times with it. I did shows, made a little money, worked with therapists teaching magic, and met some great people. I also had a good time.